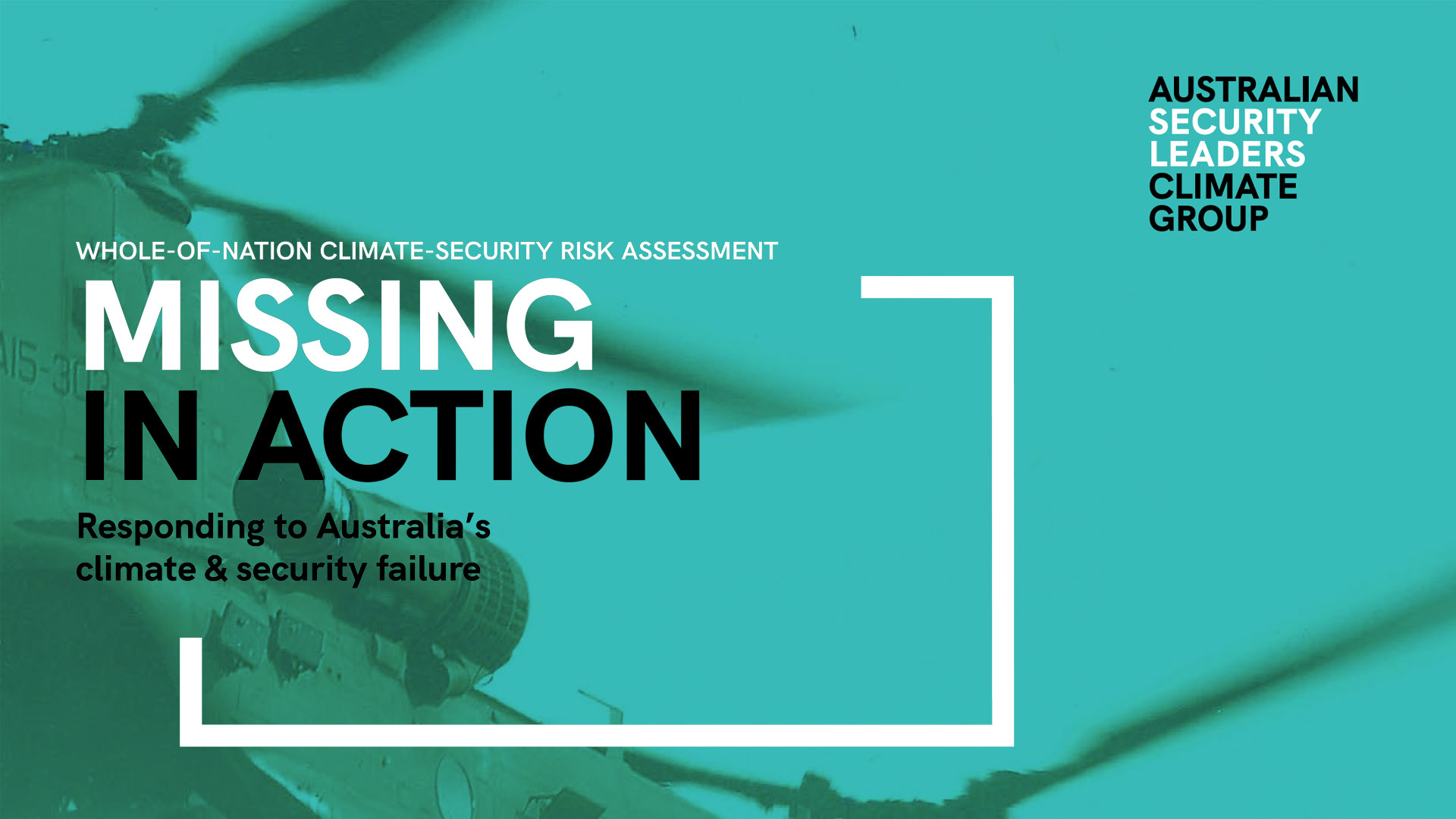 In vulnerable countries, governments have collapsed and civil wars have erupted, forcefully displacing millions of people looking for a safe haven.

Instability is on the march. A new insecurity shadows our lives and the relations between nations.

Responding adequately to the climate threat is fundamental to the survival of the nation.

But Australia has repeatedly ignored the risks and is illprepared for the security implications of devastating climate impacts at home and in the Asia-Pacific, the highest-risk region in the world.

Unless rectified, this will place great pressure on the Australian Defence Force, and emergency and disaster relief agencies, to pick up the pieces in the face of accelerating climate impacts.

Higher levels of warming will stretch them beyond their capacity to respond.

Australia is falling behind its allies, and is failing its responsibilities as a global citizen and its duty to protect its own people.

ASLCG’s assessment is that inaction by Australian governments has left the nation poorly prepared to face global warming’s consequences. National leadership has been absent and Australia has been “missing in action” on climate–security risks.

Many of the solutions are at our disposal. Australia has the ability to act now, and needs to act now.

Focus should be on the root causes of climate warming, principally eliminating emissions much faster than proposed, rather than just the responding to the symptoms.

In this report, ASLCG propose to the government a set of initial actions in a climate and security plan to Protect, Prevent and Prepare, starting with a realistic assessment of the risks.

You can find the whole report in the ISRM Library