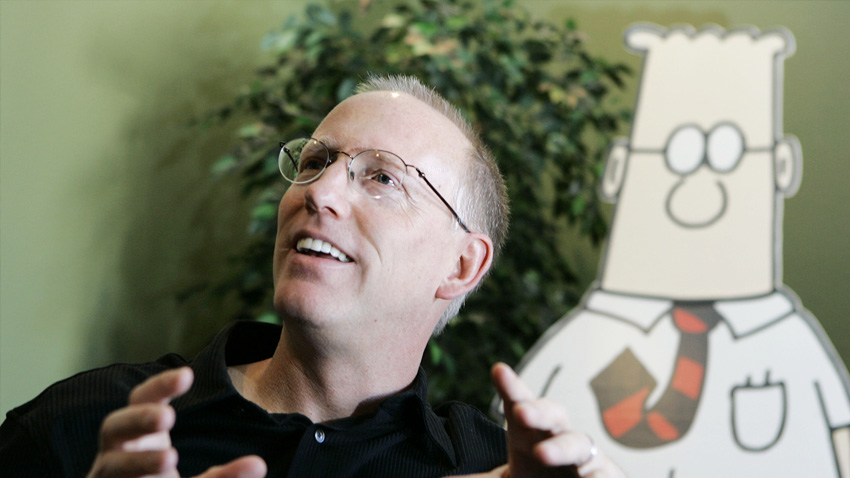 On 29th October I had the pleasure of being one of the panellists from the ISRM (Institute of Strategic Risk Management) on a thought leadership webinar, chaired by Professor Martin Gill. The subject of the debate was the relationship between crisis management and security.

Following the debate I received several messages on Linked In. Surprisingly, not one related to the views I had expressed in the webinar. Rather they all asked how and why, as someone who had started his career in corporate security, I had made the jump to working in emergency planning.

The answer I gave surprised them. To be honest it still surprises me. It was a result of taking career advice from a cartoonist! I still have that advice, and have copy and pasted it for you below:

“If you want an average successful life, it doesn’t take much planning. Just stay out of trouble, go to school, and apply for jobs you might like. But if you want something extraordinary, you have two paths:

The first strategy is difficult to the point of near impossibility. Few people will ever play in the NBA or make a platinum album. I don’t recommend anyone even try.

The second strategy is fairly easy. Everyone has at least a few areas in which they could be in the top 25% with some effort. In my case, I can draw better than most people, but I’m hardly an artist. And I’m not any funnier than the average stand-up comedian who never makes it big, but I’m funnier than most people. The magic is that few people can draw well and write jokes. It’s the combination of the two that makes what I do so rare.”

The cartoonist was Scott Adams, who writes the brilliant Dilbert cartoons. The advice really resonated with me. Since my late teens I had trained in martial arts and had spent eight years studying Karate (a striking art), followed by eight years studying SAMBO (a Russian wrestling art similar to Judo). I knew many people who were better at Karate then me, and many more who were better at SAMBO. But there weren’t too many people at that time (the 1980’s and 1990’s) who could do both.

What, I thought, if I applied the ‘Dilbert’ method to my career in the same way I had (inadvertently) applied it to my sporting pastimes? At the time I was an Operations Support Manager responsible for the Local Guard Force of an Embassy, but prior to beginning my career in the security sector I had worked briefly on the Y2K (‘Millennium Bug’) project and thoroughly enjoyed it. So I began to study risk and crisis management in my own time, taking distance learning courses at the University of Leicester and Bucks New University.

For anyone wishing to see the full webinar:

P R E V I O U S
What Is “Uncertainty” And How It Differs From “Risk”?
N E X T
COVID-19: Could It Be Our Greatest Opportunity?