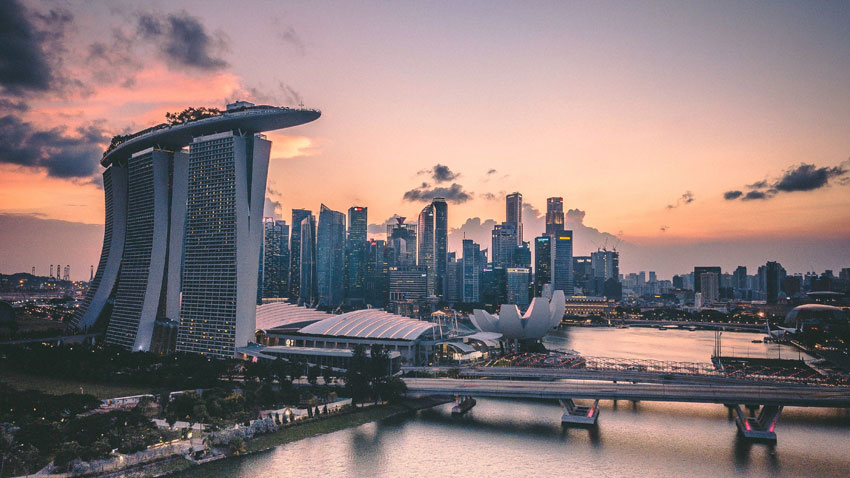 How Singapore Responded to COVID-19

Singapore was being praised along with Hong Kong and Taiwan for its handling of the coronavirus. There is no model as no two places and societies are the same. The island nation has specific advantages in having a small population and area, a single border, a strong government and police force and a sturdy health care system. That enabled it to quickly detect and quarantine cases without having to impose the lockdowns and economically harmful restrictions imposed elsewhere.

Authorities believed widespread testing, tight controls on who could come in and out of the city state and stringent tracking measures would allow life to continue little disturbed while preventing the spread of the virus. Singapore’s strategy initially worked and would have continued to had they not overlooked the conditions in which many migrant workers live.

Although there has been a sharp spike in infections, the restrictions and rules appear to be working as community-transmitted cases among Singaporeans are declining. Prime Minister Lee Hsien Loong, in announcing an extension of measures (Circuit Breaker) until June 1, pledged that migrant workers would receive the same level of treatment as Singaporeans, countering accusations of racist policies.

Singapore’s ordeal shows that no society can relax when it is threatened by infectious diseases. When this crisis has passes, the nation also has to take a critical look at the way it treats its migrant workers. Mistakes have been made and it has to be corrected.

Was Singapore successful? A Cognitive Blindspot - An estimated 200,000 migrants workers live in 43 dormitories in Singapore, according to figures from the Ministry of Manpower (MOM). Most are from less wealthy nations like India and Bangladesh, and are employed in low- wage jobs like construction, shipyard work and cleaning. Between 12 and 20 workers typically live in one room, according to Transient Workers Count (TWC2), a non-profit organization that supports migrant workers in Singapore. They share common facilities, like bathrooms and kitchens. They are transported to work on the back of lorries sitting shoulder to shoulder. Neither of these conditions conforms with social distancing nor encouraged preventive measures that were recommended by Singapore’s government. There is another vulnerability, not often known to the public. Some employers of foreign workers have a company policy that imposes fines that are several times a worker’s daily salary for failing to show up at work. We have also heard of employers who refuse to recognise medical leave of more than one or two days’ duration. Such measures discourage workers from seeing a doctor when ill; they also require sick workers to remain at work despite symptoms.

Singapore’s response to COVD-19 was far from perfect, but it did respond swiftly to the needs of the country. It’s fatality rate is still the lowest, cases (56,435), recovered (54,816) and deaths (27). Singapore’s healthcare system was not overwhelmed and was able to provide good medical care to those with critical needs and conditions. In summary, Singapore’s response to the COVID-19 pandemic has showed a dereliction of duty towards the wellbeing of a sizeable group of underclass. Singapore’s top-down approach certainly ensures effective central management of scarce resources in times of crisis, but this is done at the expense of particular sectors, especially the ones that are neglected by mainstream society.

The issue here is a matter of rights: gross policy oversight that exposed the vulnerability of an underprivileged group. The lack of specifics in Singapore’s pandemic strategy combined with a situation where bureaucrats and politicians were forced to react to the situation and formed action plans on the go, this group simply fell off the policy radar.