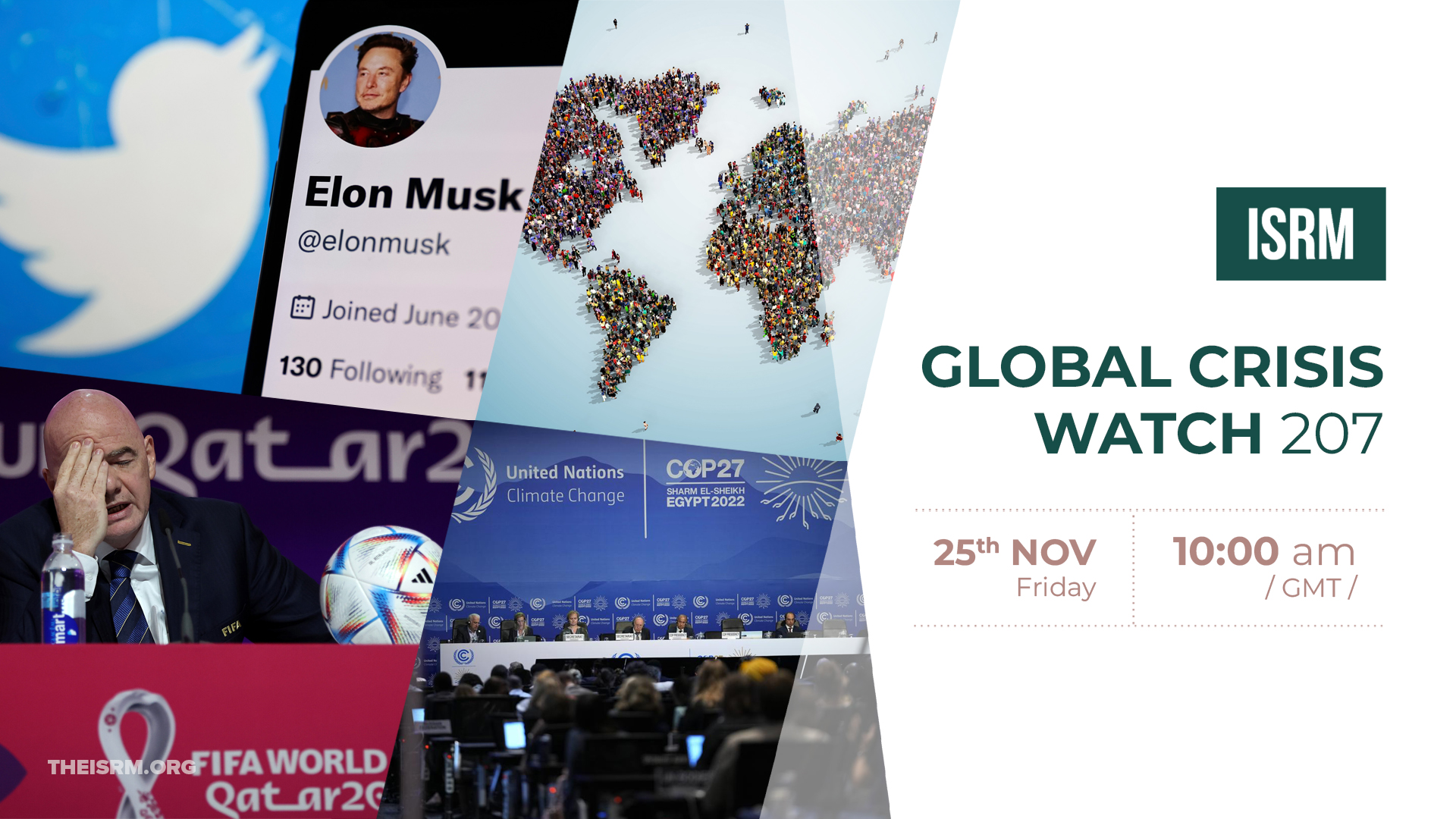 My apologies for not setting up the Global Crisis Watch last week. I was in Ukraine, and I didn’t get round to it. It is probably a sign of my own weak management skills – but I can always comfort myself with the thought that at least they are better than Elon Musk’s.

Having bought Twitter for a record-breaking $4 billion, Musk seems intent on destroying the company in the shortest possible time. His actions so far have been to fire the senior management; lay off half the 7,500 workforce; force others out by demanding that they sign-up to an intense-working environment (with 24 hours to agree, otherwise to be ‘off-loaded’); closing down multiple critical teams; closing the doors on the whole HQ operation, locking everyone out over the weekend, and alienating even hard-core Twitter fans by introducing a charging policy for services that had previously been free.

It looks like the most expensive temper tantrum of all time.

In other news, the FIFA World Cup started in Qatar, amid complaints about human rights, sexual freedom and equality, the right to be able to drink alcohol at a football match (the Qatari royal family made a last-minute U-turn, banning alcohol from all football stadia, and causing a reaction from Suntory that meant that all branding for Lucozade, an England team sponsor, would be removed).

The heat that had been forecast to be a major problem hasn’t appeared to be so far, though it is still early days and it feels that the competition is never more than a single press announcement away from a major controversy.

And the 8 billionth people on the planet was born last week (the 7 billionth was in 2011, the 6 billionth in 1999). From all at the ISRM, Happy Birthday to you, wherever you are, and we wish you a happy, healthy, peaceful life.

For those of you with a mathematical eye, it is clear that the rate of growth is stabilising, though absolute growth continues to rise (and is predicted to do so until reaching peak population of around 10.4 billion in the 2080’s).

To discuss these and many other subjects, join us for: