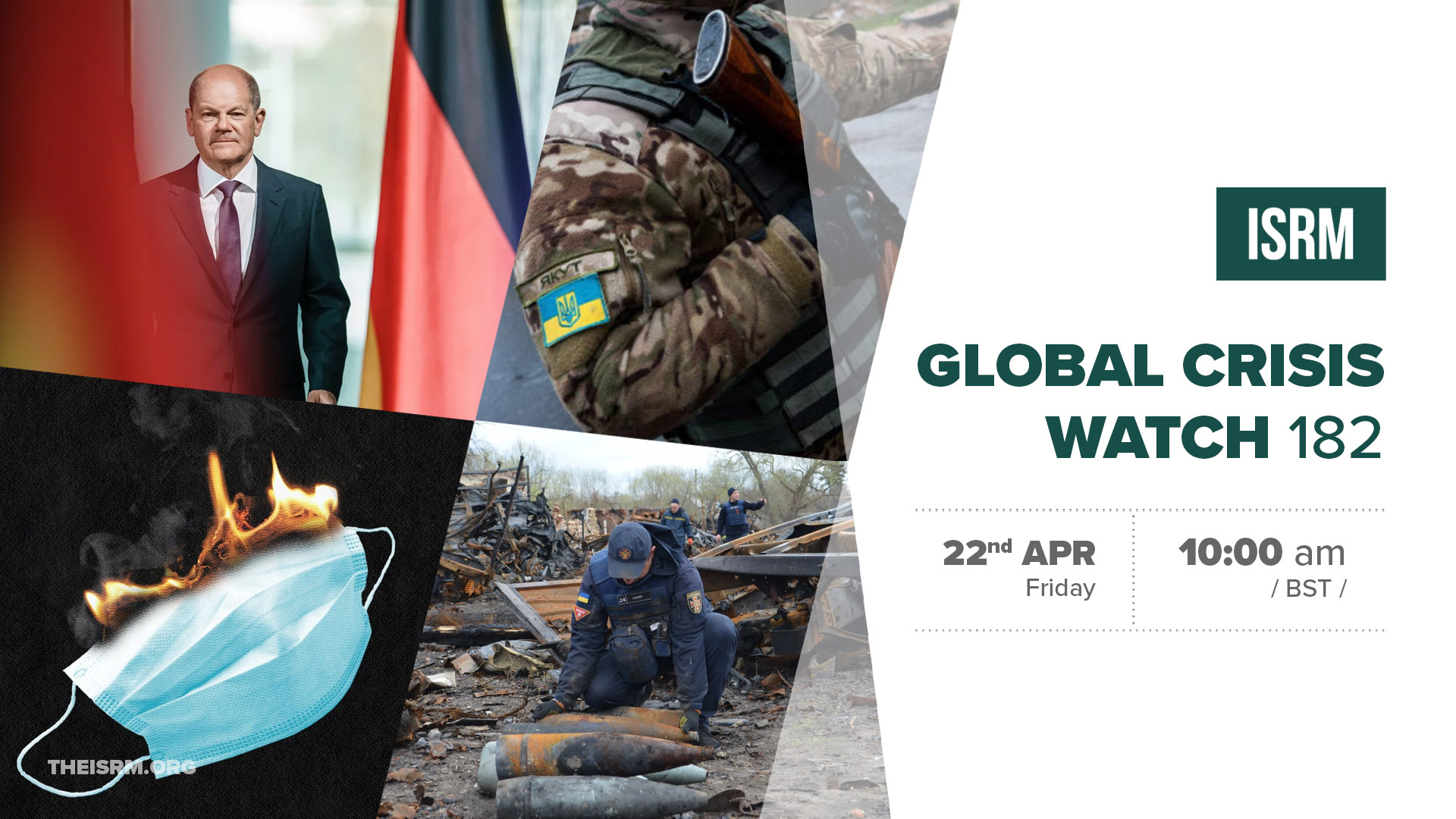 In Ukraine, the battle for the Donbass has begun. In what has been described as a decisive battle of the war, Russian forces aim to encircle Ukrainian troops through a massive offensive in the region in eastern Ukraine, in the areas bordering the Donetsk and Luhansk People's Republics that were occupied by Russia in 2014, to gain control over the whole Donbass area to turn the tide of war in their favour. The scope of the operation resembles Russian offensives against the German frontline in World War 2, albeit downscaled in the level of soldiers and material involved. It is fair to assume that this is one of the largest coordinated military offensives of the last decades. In the last days the Russians have gained ground, but the battle is far from decided.

After the initial days of the war that can only be described as a military disaster for the Russians, there is doubt that their forces will be able to succeed in reaching their goals. The Ukrainians have shown over and over again that they excel at agile defence, retreating from a superior force into more favourable positions and slowly wearing down the attacker, while at the same time relentlessly disrupting supply lines and targeting high-ranking officers. They have also continuously exploited inefficient tactics and low operational coordination of the Russian forces and caused heavy casualties and material losses, including the sinking of the flagship of the Russian Black Sea Fleet, the Moskva. The Russian themselves have been plagued with low morale of their fighting troops and massive supply problems since day one of the invasion. Russian soldiers have repeatedly abandoned tanks and armoured vehicles after running out of fuel and there are now unconfirmed rumours that morale is so low that some units refuse to fight. If confirmed, this would hardly come at a surprise. Russian soldiers have been filmed all over Ukraine looting for food, footwear and even socks and underwear. Besides abhorrent war crimes, the Russian military has barely achieved anything.

The situation is different in the Donbass region and the successes the Ukrainian military had around Kyiv will be hard to repeat there. The open terrain is much more favourable for tank warfare due to wide open spaces and less cover for Ukrainians. The issues with supplies and logistics could be mitigated through the close proximity to the Russian border and the numerical superiority of the Russians forces will give them another advantage. However, the Russians are running out of time as internal and external pressure is increasing. On May 9, there will be the annual World War 2 victory parade in Moscow, and many commentators believe that Russia’s military will need to have something to show by then. Additionally, the sanctions are starting to work. Many Russian military suppliers are no longer able to produce required high-tech components for their weapon systems and oligarchs are starting to warn louder about devastating long-term effects on the Russian economy, effects that could last for decades. In theory, there are several potential pathways of where the war can go, from nuclear escalation to a continuous stalemate.  Another pathway that has ended wars in the past is to significantly increase the cost of war for one side where they decide that there is more to gain from peace than from a continuation of hostilities.

Ukraine’s supporters have adopted that approach by pushing for strong sanctions on Russia while simultaneously supplying Ukraine with everything they need to stay in the fight until the sanctions take effect. The United States has provided increasing levels of financial and material support to Ukraine’s military, Poland has given shelter to a large portion of refugees and Estonia has spent the highest amount of financial aid per capita. There is a widely shared understanding that war attrition will affect the defensive capabilities of Ukraine and that they cannot easily replace material losses or produce the needed amount of ammunition for the various weapon systems in use. However, that unity ends with Germany.

When chancellor Olaf Scholz famously announced the Zeitenwende (turning point) in his speech at the Bundestag in March, commentators celebrated the fact that Germany would finally take responsibility and leadership on the European and global stage. Leadership that had been long expected and pressed for. Germany would finally lose its self-imposed restrictions to not get involved in external events because of its history. Expectations were high, but the delivery so far has been more than underwhelming. Unfortunately, for anyone who followed the German election in 2021 this should not have been a big surprise. Olaf Scholz managed to win the election by never really positioning himself and profiting from the bad press of the other candidates, whereas his own catastrophic failures never really made the news. He is continuing this approach by not trying to burn any bridges with Russia, while the rest of Europe has already abandoned the roads that lead to those bridges. The problem did not start with Scholz, he is just a continuation of decade-long German appeasement and dependency on Russia. Former chancellor Gerhard Schröder once called Putin a perfect democrat and still has strong ties to the Kremlin, chancellor Merkel increased the dependency on Russian oil and gas and members of Scholz’s party argued just days prior to the invasion that Nordstream 2 was completely unpolitical despite the looming threat of an invasion and its implications on energy security. Ukrainian frustration about German non-commitment turned president Steinmeier into an unwanted person in Kyiv. The Ukrainian ambassador to Germany, Andriy Melnyk, has repeatedly expressed his frustration and disappointment of the German government to the point where political commentators would rather send him back to Ukraine instead of military aid. After chancellor Scholz made an announcement earlier in the week, the disappointment and frustration was shared globally. He stated that Germany could not send any heavy weapon systems based on avoiding solo actions that could escalate the war and turn Germany into an active participant.

What Scholz seems to not have realized is that a historic turning point cannot be achieved on empty promises. The largest European economy cannot take political leadership if it is unwilling to position where every other country has already made a clear statement. The only solo action that Germany is taking right now is blocking any meaningful sanctions against Russia and significant support of Ukraine.